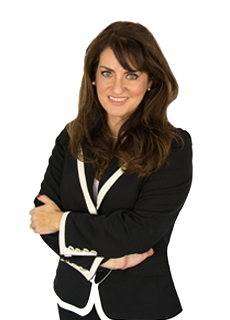 Attorney Staycie R. Sena is an Orange County criminal defense lawyer and certified criminal law specialist who is dedicated to her clients and their needs. Ms. Sena represents clients in Orange County and surrounding areas with cases involving DUIs (driving under the influence), assaults and batteries, domestic violence, child abuse, grand thefts, petty thefts, embezzlements, forgeries, drug possession, transportation, cultivation and sales, sex crimes and all other criminal felonies and misdemeanors. She aggressively represents each client through every phase of the legal process.

In practice for nearly twenty years now, Ms. Sena has successfully handled thousands of cases and favorably resolved matters involving domestic violence, spousal abuse, child abuse, child neglect, shoplifting, fraud, theft, embezzlement, driving under the influence, drug use, drug sales and drug paraphernalia, sex crimes and crimes of violence, including assault and battery, assault with a deadly weapon and assault with force likely to cause great bodily injury, among others.

Ms. Sena counsels, strategizes and defends her clients at every stage of the proceedings, from pre-filing investigation and intervention through record clearing.

Ms. Sena went on to graduate from the world-renowned Stanford Law School, becoming one of the school’s youngest graduates in its history. She passed the California Bar Exam on her first attempt and worked as an associate at several international law firms. During a time when California law was becoming quickly draconian, Ms. Sena left the lucrative life afforded by prestigious law firms and went to work as a deputy public defender with the nationally-recognized Orange County Public Defender’s office.

Ms. Sena quickly made a name for herself in the Orange County criminal defense community. She brought lengthy and detailed motions, and thoroughly researched and prepared writs and appeals of erroneous legal decisions. In the year 2001, Ms. Sena tried seventeen (17) jury trials, which was more than any other lawyer in Orange County that year and more than most lawyers try in the entire legal careers.

Ms. Sena left the Orange County Public Defender’s office and immediately went to work on the actor Robert Blake’s special circumstances homicide, which was and remains, the most investigated case in the Los Angeles Police Department’s history. With the help of Ms. Sena’s counsel, the case resulted in a “not guilty” verdict for the actor.

Judges and other attorneys have recognized Ms. Sena as one of the best criminal attorneys in Orange County. For several years now Orange County Metro and Coast magazines have chosen her as a “Top Attorney” and “Best Attorney”. Even Avvo, a national legal directory, chose her as their spokesperson to launch a national television campaign.

Staycie R. Sena has won cases at trial that other attorneys had given up on. Recently, she has had serious cases such as child molestation and assault with a deadly weapon with great bodily injury dismissed. She has had many other serious felonies reduced to misdemeanors and many misdemeanors dismissed outright.

Ms. Sena is a published author who also gives talks on recent developments in the legal community, and has served as an adjunct professor at the University of California at Riverside. She is a Past-President of the South Orange County Bar Association and a past Board Member of the Newport-Harbor Bar Association. Ms. Sena is a member of the court-approved panel of attorneys for the quasi-indigent panel at the Harbor Justice Center, Newport Beach.

Ms. Sena was raised in Southern California. She is married, a mother of three and an accomplished marathon runner.

Contact Us
Practice Areas
Client Reviews
★★★★★
"Ms. Sena guided me through the dark ravages of domestic violence with scrupulous and empathetic support." Tammy S.
★★★★★
"I was charged with a crime that I did not commit. I feared that I would go to prison for a long time. Ms. Sena worked on my case around the clock. She met me at my home, met with my family and friends, and never gave up fighting for me. It took two years but I could not be happier with the outcome: she won the case. I am more thankful than words can say" Antonio F.
View More
Submit a Law Firm Client Review